The U.S. state Department confirmed the delivery on the Ukraine man-portable anti-tank missile systems Javelin, reports “Radio Freedom”. “They’ve been delivered,” — said state Department spokesman Heather Nauert in response to a reporter’s question about the fate of the complexes, without specifying what kind of numbers we are talking about. 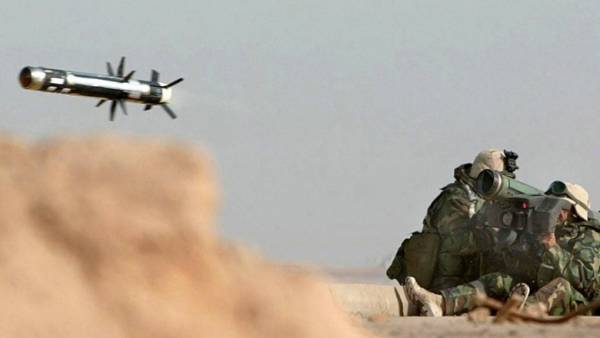 Earlier it was reported that the White house agreed to supply Ukraine 37 units and 210 missiles to them, the total cost of which was estimated at $210 million.

Meanwhile, the Minister of defence of Ukraine Stepan Poltorak in interview Bi-bi-si has urged not to overestimate the importance of the Javelin in the South-East of the country situation. He recalled that American installations shoot at 2 km, while Ukrainian anti-tank missiles “Stugna” — 5 km.

According to the Minister, the Ukrainian command intends to use a Javelin on a “difficult and threatening”. “If we had 10 thousand Javelin that is one thing, and when we have 35 units — quite different, — said Mr. Poltorak.— So let us first get it, and then you will learn how we use it”.

That Washington agreed to supply Kiev anti-tank complexes, it became known in December 2017. According to sources familiar with the situation, the US President Donald trump have long disagreed on the transfer to Ukraine of lethal weapons and only agreed on the condition that Kiev will pay for these supplies.