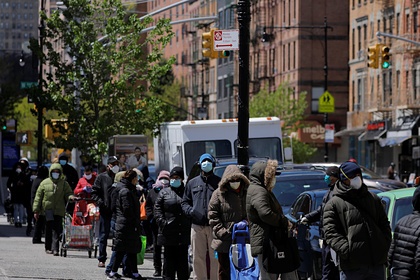 In the state of new York had three dead children due to an inflammatory syndrome, which, presumably, is associated with the coronavirus. This was announced by state Governor Andrew Cuomo, reports RIA Novosti.

Recently, the state government noticed in children systemic inflammatory response. As physicians consider, this complication may be due to infection with coronavirus. “There are 73 cases, which is now the Department of health studies,” — said Cuomo.

Basically it is children aged from one year and elementary school students. They have identified a syndrome similar to the Kawasaki disease and toxic shock. At the same time, when the children were admitted to the hospital, they had no symptoms associated with a coronavirus.

About the same syndrome in children previously reported by the new York city mayor bill de Blasio. According to him, the city recorded 15 cases, when the disease was caused by the systemic inflammatory response syndrome in children. The mayor explained that we are talking about a specific state of the infected child, in which he manifested such symptoms as fever, rash, abdominal pain, vomiting.

According on 10 may, worldwide more than 4 million are infected with coronavirus, of which 279,3 thousand died, 1.4 million recovered. The most affected from infection of the country — USA, Spain, Italy, UK and Russia. In the United States infected more than 1.3 million people, 78,8 thousand citizens died.