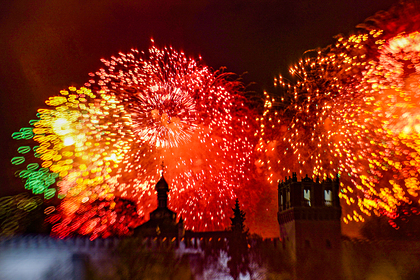 Song of David Tukhmanov and Vladimir Kharitonov “Victory Day”, which became a symbol of May 9, sang in different languages over a million people from 60 countries. On Sunday, may 10, reported the press service of the party “United Russia.

According to the Deputy Secretary of the General Council of the party Alexander Khinshtein, more than 1.1 million people, including residents of many regions of Russia and other countries, participated in the Patriotic action “Our Victory”. In addition, more than 50 thousand people sent in recordings of their own performance captured on cameras and phones.

It clarifies that the lyrics moved a little and rebuilt the project to sing it could in different languages — this was done by poet Nana Tsintsadze. It translated for the first time in the Georgian language played the song honored artist of Russia Diana Gurtskaya. “Victory day” also sang for the first time in Armenian soloist of the State academic choir of Armenia Arthur Aghajanov, the words translated by Susanna Hovhannisyan. In the Kemerovo region of poetry translated into the languages of indigenous minorities of Shors and Teleuts.

Yesterday it was reported that the Russians are on the isolation of coronavirus, sang the song “Victory Day” from their private balconies. Citizens were holding photos of relatives who participated in the great Patriotic war. Some of the participants wearing medical masks. Also among the performers was singer Lev Leshchenko, the presenter Vladimir Pozner and the deserved trainer of the USSR Tatiana Tarasova.