ULAN-UDE, December 30. /TASS/ — In the incident, according to a source in law enforcement bodies, killing four people. 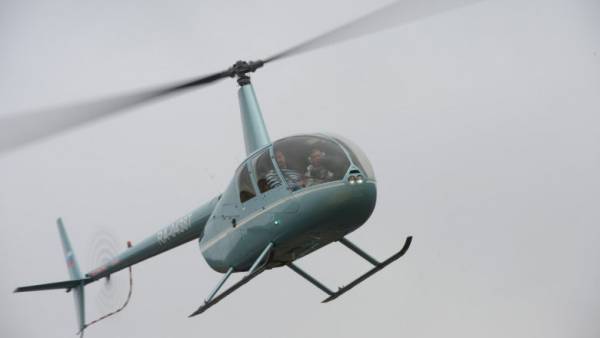 Four people were killed in a helicopter crash in Ulan-Ude, reported TASS a source in law enforcement bodies.

“In Ulan-Ude helicopter crashed. Four dead people were in the helicopter,” — said the Agency interlocutor.

The source also added that the Robinson helicopter crashed during takeoff from a private helipad in the village Upper Berezovka in the suburbs of the city. He added that the car crashed into the territory of the recreation center.

According to him, the fall of the car caught fire. The fire has been liquidated.

In the MOE in Buryatia Republic confirmed the information. “Now be confirmed: indeed, the helicopter fell in Ulan-Ude. Yes, we confirm that the crash actually occurred,” — said the Agency.

In the regional Department of the Ministry also added that the helicopter was private. In addition, according to the Agency, on the ground no one was hurt in the incident. The car fell into a non-array between the complex “orange house” and the Center of Oriental medicine.

As reported TASS a source in law enforcement bodies, the helicopter belonged to the owner of the shopping centre People’s Park to Sergey Rogov.

“There is such information, but that the helicopter belonged to the businessman Sergey Rogov. He was on Board. For the rest of the lost information is specified. People went to eravninskiy district fishing”, — said the source.

The causes of the crash are being clarified. Work at a place the investigation team of IC Russia, Buryat transport Prosecutor’s office and the operational group of the CMC.