In the heart of London found underground ice house built in the late XVIII century, according to a press release on the website of the London Museum of archaeology (MOLA). 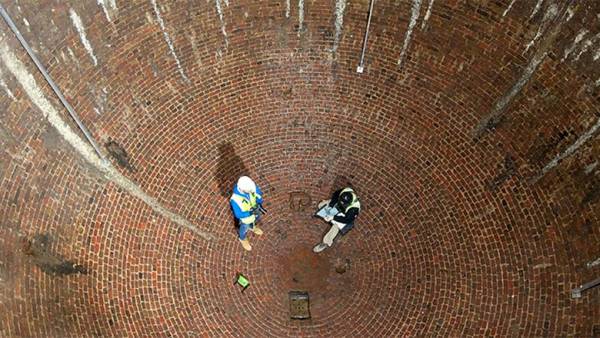 Here are kept reserves of ice that collected on the river (and later imported from Norway) and sold to people for household needs.

Storage of ice appeared in the UK in the second half of the XVI century. Ice used for storage and transportation of products and for medical purposes. Besides, among the rich was fashionable to serve at banquets frozen desserts, and this, too, needed the ice.

Before the advent of electricity the ability to freeze water artificially was not, so the ice was collected in winter on the rivers and canals and during the year kept in storage.

They were usually dome-shaped, they were built of brick and most of the space was underground. In the floor of the ice houses made drainage for drainage of melt water.

In 1780-ies near the modern Regent’s Park built underground storage for ice reserves. It was jayceeorakwe brick building with a depth of 9.5 and a width of 7.5 meters. At that time it was the largest ice house in London. You can get there was through the entrance corridor and vaulted down the hallway or through the upstairs hallway of the building. When we needed ice, the workers climbed into the store and was chipping away at ice. Then they were wrapped in hay and horse-drawn carts delivered to the necessary addresses.

In 1820-ies the storage used by the merchant and confectioner William Leftwich, who first began to import ice from Norway. Local ice is not enough, besides, he was not too clean. In 1822 Leftwich outfitted the boat which brought 300 tons of pure lake ice.