The interior Ministry proposed to clarify in which cases a Russian passport is considered invalid, and to add to the form of the passport reminder about the terms of its exchange. The draft government resolution was published on the official portal of normative legal acts. 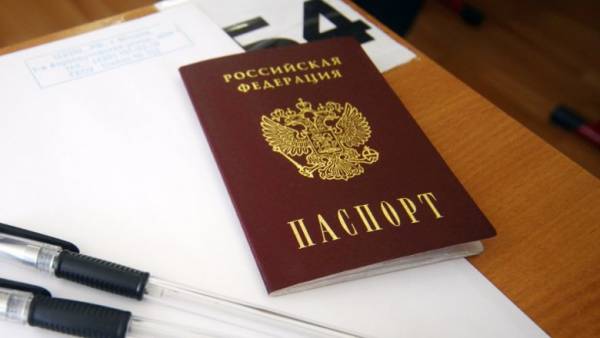 As stated in the “regulations on the passport of the citizen of the Russian Federation”, if the document was issued with violations or decorated on stolen letterhead, it will be removed by police.

However, previously the Agency had not developed a procedure for the revocation of a passport and was not an accurate list of violations for which a document can be deleted. Also not been legally defined procedure in cases where the validity of the passport expired, and the owner is in no hurry to change it.

The new regulation clarifies that the passport will be invalid if the person changed the surname, name or patronymic, if he ceased to be a citizen of the Russian Federation or at absence in the passport of the signature of the owner. In addition, the document expires after 30 days from the moment of achievement by the citizen 20 and 45 years of age.

Under the new policy the interior Ministry, on the last page of the passport of the citizen of the Russian Federation will indicate that the holder has 30 days to exchange the document when he turns 20 or 45 years or after any changes to personal data. After 30 days, the passport will become invalid, and the citizen will have to pay a fine in the amount of two-three thousand roubles. In Moscow and St. Petersburg the fine is three to five thousand rubles, he reminded the office.

In addition, the last page of the passport you plan to remove the reminder of the possibility to write on the document blood group and RH factor, as well as a warning not to do extraneous things.