MOSCOW, 25 Dec — RIA Novosti. Russian President Vladimir Putin signed the law on Amateur fishing, securing the norm of free fishing for personal purposes and preserving the possibility of using networks in areas of the North, Siberia and the Far East, published on the portal of legal information of the document. 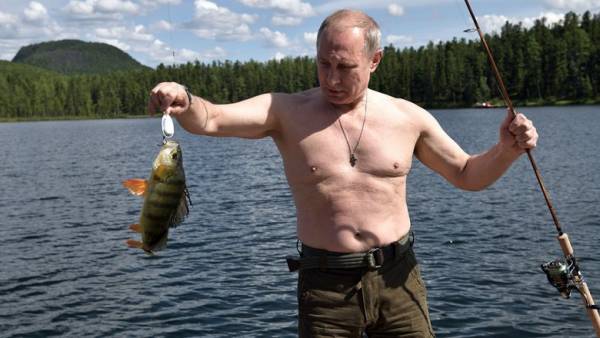 The bill also prohibits electrofishing, restricts the sale of the networks. For the conservation and rational use of aquatic bioresources and their habitats document introduces the concept of the daily value of catch — the volume of the aqueous bioresurs allowed to catch a person during a calendar day. Since then, the bill caused a wide public resonance, was at the revision.

Where to fish, how much and what. That will change after the new law on fishing

In the course of working on the bill for the second reading was agreed to keep the existing mechanism of fishing grounds for areas of the North, Siberia and the Far East in respect of valuable species of fish, a list approved by the order of the Ministry of agriculture. These include, inter alia, salmon, trout, Chinook salmon, omul Baikal. In addition, the bill specifies that the work of the fisheries, which were allocated for recreational fishing, will not be extended — they finish its work on 31 December 2020.

This is the date defined by law, and all fishing areas — we know that there were a lot of complaints from the population that they were not given the opportunity to fish — should be closed. Except for some sections of rivers located in these regions, and where there are particularly valuable species of fish, previously noted the head of the Duma Committee on natural resources, property and land relations Nikolay Nikolaev.