Poroshenko announced the termination of martial law in Ukraine 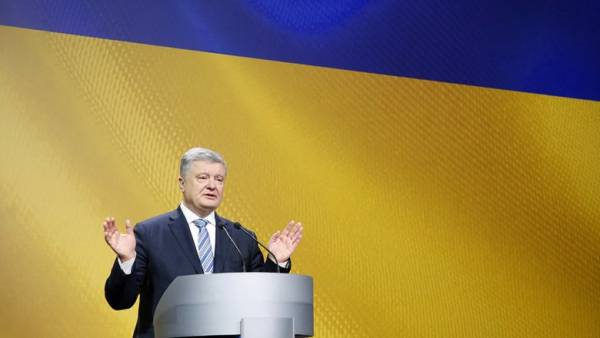 “Now, at 14.00, ends martial law. This is my principled decision. It is based on all components of the current security situation in the state,” he said at a meeting of the national security Council and defence of Ukraine on Wednesday in Kiev.

The military situation in Ukraine was introduced from 14.00 on 26 November, but actually entered into force on 28 November; his term expired on 26 Dec at 14:00. It affected 10 regions: Vinnytsia, Luhansk, Mykolaiv, Odesa, Sumy, Kharkiv, Chernihiv, Donetsk, Zaporozhye, Kherson, as well as internal waters of Ukraine the Azov-Kerch water area.

This decision was taken one day after the Russian border guards with weapons detained three ships of the Ukrainian Navy in the Kerch Strait; three Ukrainian servicemen were injured. All were arrested 24 sailors.

According to the authorities of Ukraine, Moscow has violated the UN Convention on the law of the sea and the agreement between Ukraine and the Russian Federation on cooperation in using the Azov sea and the Kerch Strait. In Moscow, in turn, called the incident a provocation of Kiev and stated that Ukraine had violated key provisions of international law, posed a threat to vessel traffic in the waters of the sea of Azov.