Disclosed the purpose of the Nazca geoglyphs

Mysterious geoglyphs located in the Nazca lines in Peru, could actually fulfill the role of a roadside temples designed to worship the travelers. With this hypothesis was the group of archaeologists, sopostavimy their location with a network of ancient roads. 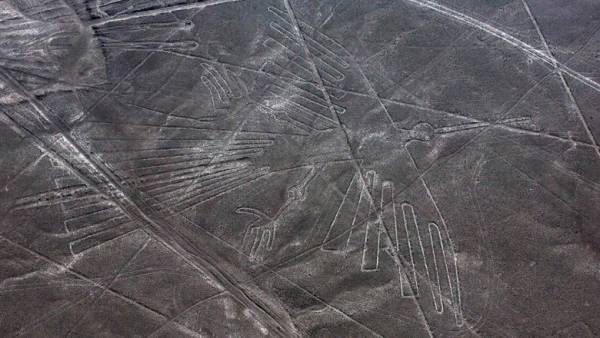 The Nazca lines are a strange shape high, on the order of hundreds of meters or more in size, drawn on the surface of the plateau with its ancient inhabitants. Figures entirely possible to see only from the air, so they were opened only in the XX century, when the plateau began to fly the aircraft.

The Dating of the figures is unclear, it is obvious that they were created on the plateau of the Incas in the twelfth century.

The purpose of the geoglyphs is unclear — different scientists see them as a ritual image, astronomical tools and more.

The authors of this work drew attention to the location of the geoglyphs. As reported RIA Novosti, canadian archaeologists have made detailed maps of the area, including ancient roads, using images from drones, as well as the results of excavations at the site. Nazca is a very dry place where it almost never rains. This explains the preservation of the geoglyphs, technically represents the shallow grooves in the soil. This allows us also to identify ways in which Hiking (horses the Indians had) people were centuries ago.

It turned out that most of the geoglyphs are located near roads or large settlements of people. Most often they were located at those points where the most important inputs and outputs in the gorge Siws.

Many of these drawings, as scholars have noted, similar in its outline to the patterns, which covered a ritual ceramic vessels and some tissue of the ancient Incas and other Indians of Peru. In addition, fragments of similar ware, and also other religious artifacts Mikulis and his colleagues found with these geoglyphs.

This, according to the researchers, suggests that these mysterious marks left on the ancient roads, could serve as a “road chapels” to the ancient Indians who wanted to safely reach the goal of his journey.

Ancient mountain paths and geoglyphs are two of the most visible man-made object in the Andes. They are located next to each other, and for some reason nobody was interested in how they can be linked. We assume that these drawings were a kind of “chapels” where travelers were praying in the street.Peter Bikelis (Peter Bikoulis)Scientist from the University of Toronto (Canada)