Stage construction of the main temple of the Russian Armed forces only partially make out equipment of the Wehrmacht, but the Museum pieces will not touch. The radio station “Moscow speaking” said a member of the Patriarchal Council for culture Archpriest Dmitri Kalinin. 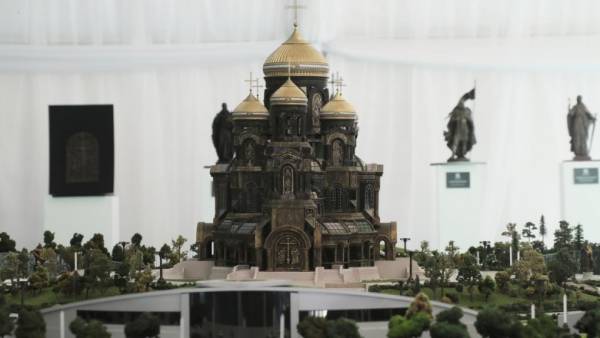 According to him, the facility will receive belonging to the defense Ministry military scrap: broken and broken tanks, cars, planes, and artillery equipment.

Kalinin noted the symbolism of the use of fragments of military vehicles in the construction and decoration of the Church. He noted that it is not contrary to religious canons.

“There will be some items of military equipment, so we, going up into the temple of God, remembering the victory and the defeated enemy,” added the priest.

24 December, the Minister of defense Sergei Shoigu announced that the steps of the future temple in Kubinka will be made from the melted down equipment of the Third Reich. Thus the Agency wants to be filled with symbolism of every square meter of the temple.