Trump noted the progress in the denuclearization of North Korea

Moscow. 25 Dec. INTERFAX.RU — U.S. President Donald trump said the progress in the issue of denuclearization of the Korean Peninsula, noting that waiting for a new meeting with the DPRK leader. 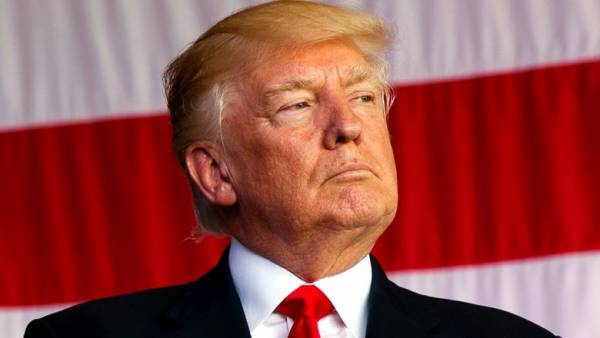 “On Christmas eve, held a briefing with my team, dealing with North Korea. Progress has been made”, — wrote President in his Twitter.

He added: “looking Forward to his next summit with Chairman Kim (North Korean leader Kim Jong-UN — if)”.

The first meeting between Donald trump and Kim Jong-UN was held in June in Singapore, according to its results, the North Korean leader agreed to the abandonment of the DPRK nuclear program in exchange for security guarantees, lifting of sanctions and signing a peace Treaty with the United States.

Christmas Eve briefing with my team working on North Korea – Progress being made. Looking forward to my next summit with Chairman Kim! pic.twitter.com/zPTtDbrP0o

Washington previously announced that a second summit may be held in January-February of 2019.

However, the parties are still differences. Pyongyang demands that the United States easing the sanctions regime after North Korea has taken some steps towards the implementation of the Singapore agreements, and came to the dismantling of missile and nuclear test sites.

The United States insists that the abolition or easing of sanctions is possible only after the complete, verifiable and irreversible denuclearization of North Korea.