The most famous space photo of “Earthrise” turned 50 years old

Spectacular views of the blue planet. 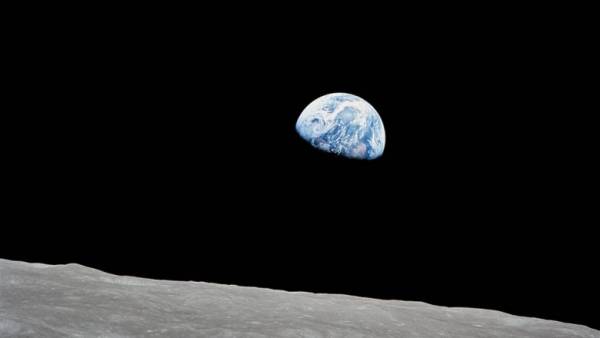 December 24 1968 the crew of the spacecraft “Apollo-8” made his famous photo called Earthrise (“Earthrise”).

“Apollo 8” was the first ship reached the lunar orbit. During the flight, the astronauts noticed on the Ground, which was visible in the distance. The contrast between the blue planet and colorless distorted Moon was so great that the witnesses could only marvel at.

One of the members of the crew, bill Anders wasted no time and grabbed the camera to capture what he saw.

Subsequently, this picture has become one of the most famous space photo.