MADRID, December 24. /TASS/. The Catalan police (the mossos d d Esquadra) confirmed that it had received information about a possible terrorist threat in Barcelona. About it the correspondent of TASS reported on Monday, a regional law enforcement agencies. 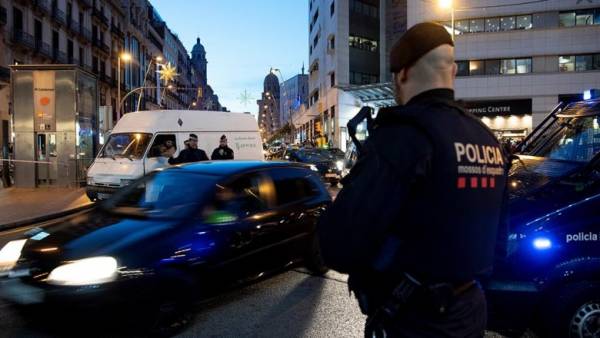 Some Spanish media had reported that the mossos d d Esquadra looking for a man who could be planning attacks in Barcelona during the Christmas holidays. “Through international channels, we received a notice about a potential terrorist threat,” said police. When the police did not comment on what additional security measures are taken in connection with the received information. In the mossos d d Esquadra added that the study obtained information.

Earlier, the state Department via Twitter urged to exercise “extreme caution” in the area of La Rambla in Barcelona during the Christmas holidays. “Terrorists can attack almost without warning, targeting tourist spots, transportation hubs and other public places”, — noted in Department.

According to local press, police are searching for a citizen of Morocco, who intended to organize an attack. In the Catalan capital increased security measures, increased police presence in places of a mass congestion of people.