The Secretary General of the OSCE Thomas Greminger warned Russia and Ukraine from further escalation of the conflict after the November incident in the Black sea, where the violation of the Russian border was detained by the court from Ukraine. He also noted that none of the parties seeks to begin the dialogue needed to resolve a tense bilateral relationship. According to the head of the OSCE, a good step would be Russia’s decision to release the 24 detained Ukrainian sailors. 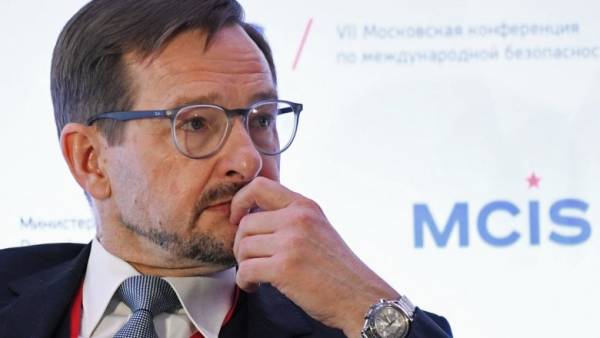 The Secretary-General of the Organization for security and cooperation in Europe (OSCE) Thomas Greminger commented on the incident in the Kerch Strait, where Russian border guards detained three military ships of Ukraine. According to Greminger, the already strained relations between Moscow and Kiev may deteriorate even more. Both sides “happen again and again provocations,” he said.

“It was a very difficult situation. For months we have again and again drawn attention to magnetise potential tensions in the Black sea”, — he said in an interview with the Neue Osnabrücker Zeitung.

Our job is to observe, comment on and, if necessary, to warn. But neither side felt it necessary to talk about it.

Greminger also stated the need to establish a dialogue between Russia and Ukraine. So, the first good step towards de-escalation may be Russia’s decision to release the 24 detained Ukrainian sailors and three ships, said the Secretary General of the OSCE.

Greminger also said the danger of a chain reaction. In his opinion, the elections in the breakaway LC and the DNI may be another reason for the escalation of the situation.

“Where they have various pockets where the flashes of flame, ever voluntarily or involuntarily comes to escalation. Because of the individual happiness may lead to extensive fire,” he said, adding that the escalation of conflict can occur in the Donbass or Crimea.

The Greminger said that in the foreseeable future does not expect a breakthrough in the peace talks, because “the political will for reconciliation is simply absent”. It would be nice to get new impulses from the “channel group”, consisting of Germany, France, Ukraine and Russia, but “at the moment we, unfortunately, before very far,” concluded the Secretary General of the OSCE.