Medvedev replaced the head of Rosstat

Alexander Surinov, who led the Agency for almost 10 years, leaving at his own request. 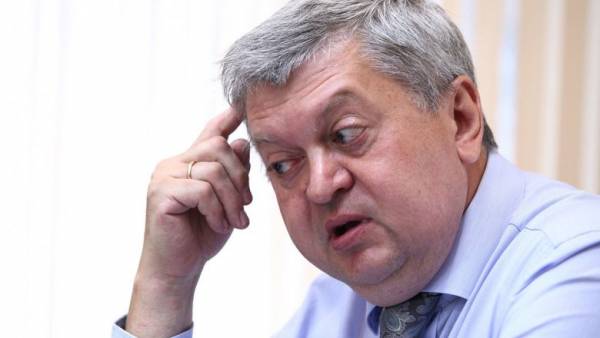 Prime Minister Dmitry Medvedev dismissed the head of Rosstat Alexander Surinov. The decree published on the government website. The decision was made at the request of the Surinov, the document says.

Another decree on the appointment of Pavel Malkov, who was the Director of the Department of public administration, Ministry of economic development. In an interview to “Interfax” after the appointment he stated that allocates, in particular, the key blocks of the reform of the statistics system and conducting the national population census in 2020 Answering the question about feasibility of the reform in fact, Rosstat, the official stressed that it is more correct to talk about reform and modernization.

Before the new head of Rosstat, the task is to establish business processes, IT processes, to improve the collection and processing of primary data and interaction with the tax authorities and other providers of big data, told “Vedomosti” the Minister of economic development Maxim Oreshkin.

At Malkova is such an experience, he said: in particular, he was involved in the project of development of multifunctional centers “My documents” in Russia. Tasks to change the methodology of Rosstat do not because they are approved according to international standards and “serious problems in them there”, explains Oreshkin, why Rosstat headed man, who had no experience in the statistical Department. In addition, the need to simplify reporting to the business not had to take unnecessary documents to the Federal state statistics service, says Oreshkin.

Surinov headed the Rosstat nine years ago, in December 2009, according to the decree of Vladimir Putin, who was then Prime Minister. Born on 15 Sep 1958 In 1981 began working in the Central statistical office (CSO) of the USSR — the state Agency which collected the statistics, and worked there until 1992 (at the time the Agency became known as Goskomstat). From 1992 to 1998 he worked at the Centre for economic conjuncture under the government, and then returned to the state statistics Committee, in 2004 renamed to Rosstat.