UN 23 Dec. /TASS/. The General Assembly (GA) of the United Nations on Saturday adopted by a majority of the votes proposed by Ukraine resolution condemning the alleged recorded on the territory of Crimea, human rights violations and “illegal establishment of the Russian Federation laws, jurisdiction and administration” in the region. While the fifth Committee of the General Assembly dealing with economic issues, has refused to allocate money for the implementation of this decision. 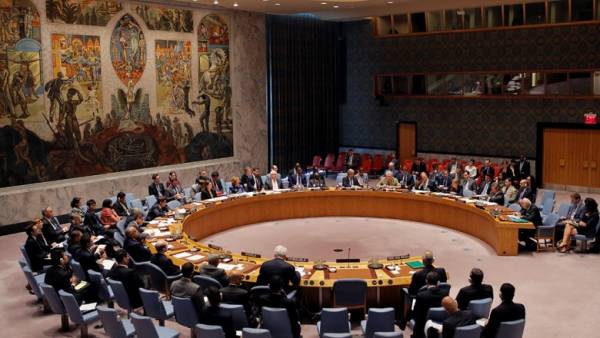 The document, proposed by Kiev, in the current year was supported by 67 of the delegations, that is, five less than in 2017. Among the supporters of the resolution were the United States, European Union, Turkey and Japan. He voted against 27 delegations, including Russia, Belarus, China, India, Serbia, Syria, South Africa, Nicaragua, and Venezuela, and 70 more countries abstained.

Deputy permanent representative of Russia to the UN Gennady Kuzmin, speaking at the GA, called the document “a purely anti-Russian, fake, deceitful and meaningless in its content”. He also thanked “the fifth Committee of the UN General Assembly for the decision to refuse from funding the implementation of this resolution”, which makes the document meaningless.

“With all due respect to the opinion of our colleagues voted for this resolution in the third Committee, the Crimea is impossible to drive into his Ukrainian past,” — said Kuzmin. He pointed out that due to the deteriorating economic and political situation in Ukraine “has ceased to be a comfortable environment even for the Ukrainians, as evidenced by rapidly decreasing population”.

The diplomat also invited everyone to visit the Crimea to see for themselves that “today is a place where happy people who willingly choose Russia as their home, where to build hospitals, schools, mosques and churches, the billions invested in creating new energy systems.” Kiev the same as drew the attention of zampolpreda was “hypocritical to worry about the Crimeans only when Crimea was gone from them forever”.