Ecuador’s President raised the price of gasoline by 25%

Gasoline prices are rising in Ecuador, 25% from 26 December. The corresponding decree was signed by President Lenin Moreno. 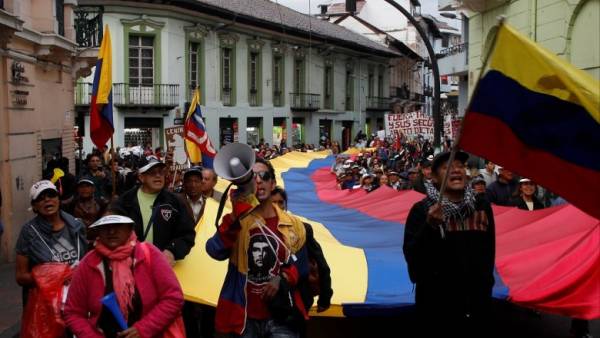 According to the new price cost of gallon (3.78 l) of brands such as Ecopais and Extra $1,85 with taxes is $1,48. It is noted that for taxi and public transport the price of refills will remain the same, as these modes of transport provides subsidies, writes “RIA Novosti”.

In mid-November, France began mass protests “jackets” due to the authorities ‘ intention to raise prices of gasoline and diesel fuel. Protesters take to the streets in reflective yellow vests that are an attribute of the French drivers.

In December the country’s President Emmanuel macron introduced in France emergency economic position. In addition, he reported an increase in the minimum Wage by €100 from 2019 and the introduction of a number of other measures to stabilize the situation.

22 Dec France began the sixth protest rally “yellow jackets.” Security in this day was provided by 4 thousand guards. Part in Saturday’s demonstration was attended by about 24 thousand people. While in Paris for the rally came out about 2 thousand activists. Almost 2.6 thousand took to the streets in Bordeaux. Demonstrations were held also in Lyon, Toulouse, Orleans, Brittany, and other cities of the country.