TASS, 23 Dec. Rescuers found the body of the ninth worker, who along with colleagues has been blocked and died because of the smoke in the mine in Solikamsk. This was reported to journalists on Sunday in the operational headquarters on the site of emergency. 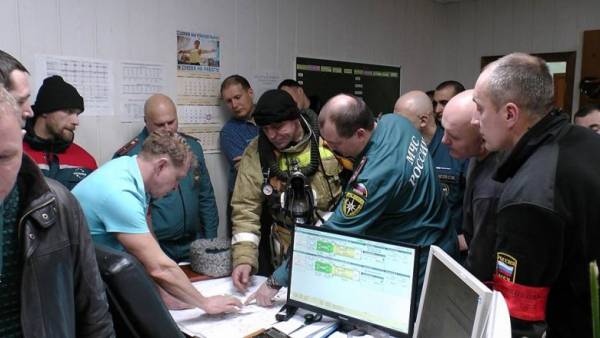 Earlier it was reported about the discovery of the bodies of eight victims of the incident at the mine “Uralkali”.

“The ninth discovered in the same room where there were six [of the bodies in one group]” — said at the headquarters, adding that the recovery of the bodies on the surface has not yet begun. It helps to eliminate the last pockets of fire in the mine.

On Saturday, about 10:04 GMT, there was smoke in the mine of the company “Uralkali”. Only the shaft had 17 people: eight of them came to the surface, they were not injured. In the area of the smoke remained blocked nine people — employees of contractor, “US-30”, who are residents of the Perm region, Bashkortostan and the Krasnodar region. On-site emergency operational headquarters, which is headed by the Governor of the Perm edge Maxim Reshetnikov.

According to representatives of Uralkali, the smoke was due to the implementation of the project construction shaft: burning polyurethane foam, debris. The fire originated at a depth of 340 meters, the depth of the mine is 500 meters.

The investigative Committee of the Russian Federation in the Perm region opened a criminal case under part 3 St. 216 the criminal code (“Violation of safety rules during mining, construction or other works, entailed death of three persons or more”). The regional authorities promised to provide the families and relatives of the victims with comprehensive assistance.