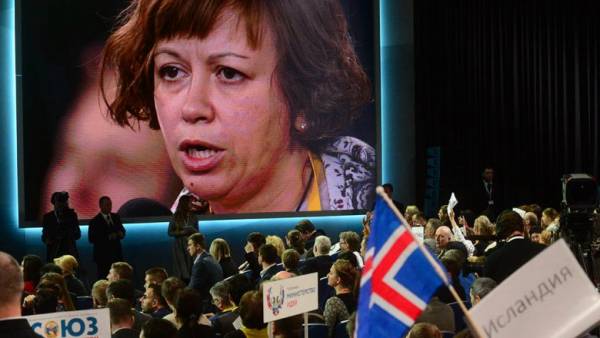 “I take this opportunity to say that working with Alla Andreeva on the troubled objects of shared construction, neither I nor Eugene Baranovsky (Deputy Chairman of the construction Committee — if) or Aleksey Zolotov (head of unit I. Albina — if) will not. Ready to suffer for his intransigence punishment and even to retire. Affected the honor and dignity of me and my colleagues,” wrote Albin in Facebook on Friday.

He noted that Andrews is “dubious journalist” was not able to find any publication.

Skazanul personal: how and why officials spoke

“I hate to say it, but all the “activities” Alla Andreeva reminiscent of self-praise. Once again, I apologize if I’m wrong. I don’t believe You, Alla Andreeva, like those real estate investors, expectations of which You cheated,” added Albin.

According to him, Andreeva received her apartment in 2017 and defrauded investors is not.

During a press conference by Putin on Thursday, the question asked to the President Alla Andreeva, activist community of the deceived shareholders GK “the City.” She told the President about the problems of defrauded real estate investors in St. Petersburg and asked to pay attention to the investigation of the murder of her husband in the fall of 2015, which she attributes to his activities as an activist. Andreyev also noted the lack of efficiency of work of city officials.