MOSCOW, 21 Dec — RIA Novosti. The resignation of James Mattis from his post as Minister of defense will be seen as the continuation of the crisis the administration of President trump, the chief researcher of the Institute of USA and Canada studies, Vladimir Vassilyev. 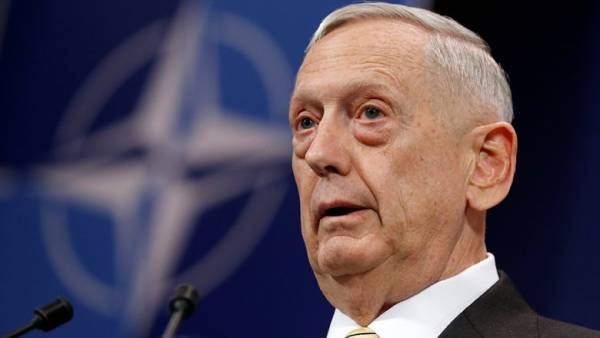 According to the expert, Mattis has several aspects. One of the main reasons could be the disagreement of the head of the Pentagon with trump’s decision on the withdrawal of U.S. troops from Syria. In addition, an important role was played by the desire of the American leader to halve the number of American troops in Afghanistan.

Vasilyev noted that Mattis was one of the key strategic figures of authority and could also require more active and aggressive U.S. policy toward China, North Korea, Russia.

“It is also clearly associated with increasing financial difficulties, the programs of military construction quickly began to “choke”,” concluded Ali in comments RT.

Trump had previously announced that Mattis will retire at the end of February 2019. He also said that the candidacy of the new defense Minister will be named soon.