Sands: if the United States after the release of the INF Treaty will put a rocket in Russia will take them under the scope

MOSCOW, December 21. /TASS/ — According to the press Secretary of the President of the Russian Federation, for exit from the INF Treaty could potentially be the placement of intermediate-range and shorter-range in European countries. 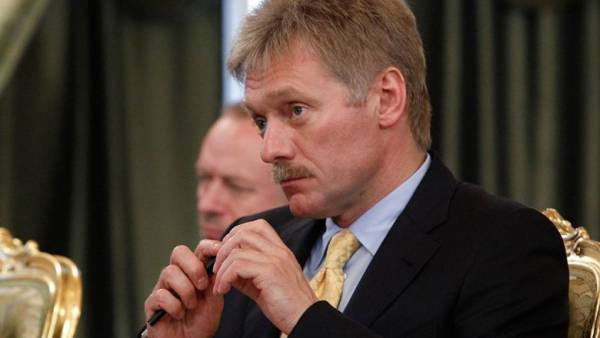 Russia will be forced to take in the sights of the missile system in Europe, the US, if they after the withdrawal from the Treaty on the elimination of intermediate and shorter-range missiles (INF Treaty) will place them in the region. About it the press Secretary of the President Dmitry Peskov said on air of the program “the Big game” on the First channel, responding to a request to comment on the words of the head of state during an annual big press conference on Thursday about the threat of nuclear war after the exit of Washington from the Treaty.

“Technologically, the President was referring to the fact that he has repeatedly explained. The fact that the withdrawal from the INF Treaty could potentially be the placement of intermediate-range and shorter-range European countries as it was during the cold war. The deployment of these missiles and their potential targeting in the Russian Federation will lead to the fact that Russia, in order to create parity, take these launchers under the scope of its rocket Arsenal,” — said Peskov.

He added that thus “there will be a development of a spiral and a repeat of that situation we were forced to endure in the past.”