The US has approved the delivery of Turkey’s Patriot missile systems worth $3.5 billion 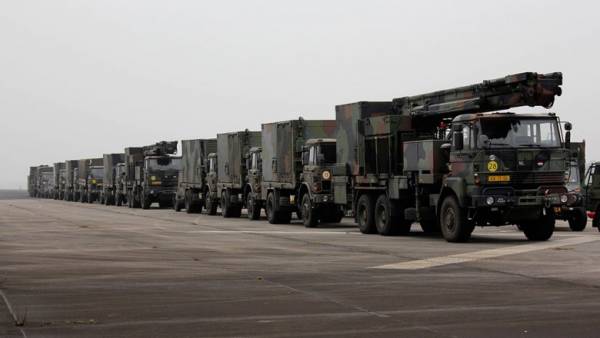 This was announced on Tuesday, the Department of the Ministry of defense for defense cooperation and security DSCA (Defense Security Cooperation Agency), which is responsible for the supply of military equipment and weapons abroad under intergovernmental contracts, the promotion of ties between the Armed forces of the United States and other countries, the provision of financial and technical assistance to foreign partners of Washington in the field of defense.

The resolution obtained for the sale of 80 anti-aircraft missiles Patriot MIM-104E missiles and 60 PAC-3, as well as associated equipment. According to the data, Turkey has also requested the purchase of four radar fire control AN/MPQ-65, 10 antennas AMG, 20 Autonomous launchers M903, four control stations for the interception.

CNBC: the s-400 was cheaper and more powerful American counterparts

From the point of view of the U.S. Department of defense, the performance of the contract in the interests of “foreign policy and national security of the United States.” It also “will improve the security of a key NATO ally, which is at the forefront of the fight against terrorism”.

Permission to execute the current agreement, which is in accordance with national legislation gives the state Department received. The us administration formally notified the U.S. Congress of its decision. Of the legislative branches of the US government now has 30 days to study this military contract and its possible blocking.