Medvedev: the Official should not “to bronze over”

The government is sympathetic to the criticism from the parliamentarians assured their Prime Minister Dmitry Medvedev thanked for constructive interaction. 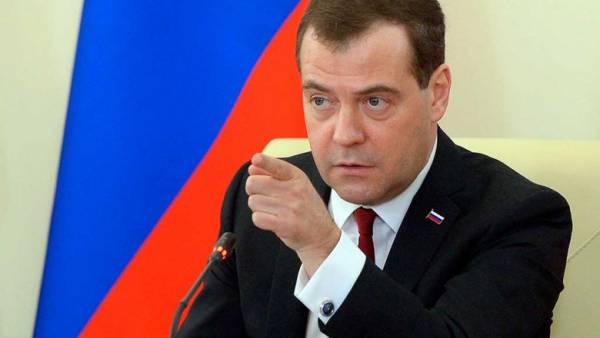 To congratulate the deputies with the end of the autumn session and to thank for their joint work on Okhotny Ryad on Wednesday personally visited Prime Minister Dmitry Medvedev. He had to wait until the MPs will complete its consideration of all bills on the agenda, and the discussions and presentations in the courtroom was delayed.

The Prime Minister considered it quite normal, especially because in a dispute born truth. Any criticism from parliamentarians in the Executive branch also accepts:

No one needs to bronze over. Every head of the Agency when the legislator points out to him on certain issues, owe to yourself to make conclusions.

Back in the spring as a candidate for the post of head of the Cabinet of Ministers, Medvedev promised the deputies that the government is ready to work with each people’s Deputy. “I believe that it is the bounden duty of the Executive power — he said on Wednesday. And I think that we do it quite successfully”. Such dialogue is important because the deputies are well aware of the situation on the ground and sometimes offer non-standard solution. On behalf of the government, the President thanked the deputies for constructive relations.

Who invented the Constitution: interesting facts about the document

The Prime Minister reminded that this year the country also celebrated the 25th anniversary of the Constitution and the 25th anniversary of the election of the State Duma of the first convocation. In December 1993, according to him, the people chose a new path of development of Russia, supported the constitutional norm about the creation of the welfare state, in which the rights and freedoms of citizens are the main, and voted for those who had to make their choice a reality: the state Duma deputies, Federation Council members — those for whom the idea of the Constitution are the basis of everyday work and who make the laws.

The scale history 25 years is not enough time, the head of the Cabinet, but in that time has done a great work: “the efforts of the Parliament was established array of modern legislation, laid down the traditions of the Russian parliamentarism, and had, in fact, the new legal system.” If he had received some acts inherited “inherited” from the times of the Soviet Union, now it is not. “And this is the result of your work and partially the work of the government”, — said Medvedev.