“Blooming fool” or a hero? Who was the Decembrist, Prince Volkonsky

Emperor Nicholas I believed Sergei Volkonsky “a profound fool, a liar and a scoundrel.” This is the case when the Emperor, who believed himself an unerring judge of character, was wrong very, very seriously. 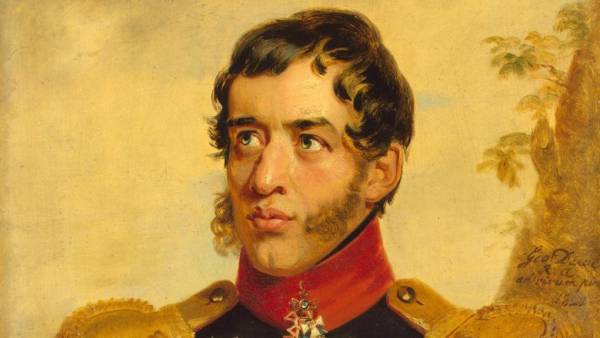 230 years ago, on 19 Dec 1788 in the family of one of the “Catherine eagles” was born the younger son. His father, major-General Grigory Volkonsky, was known as a great eccentric and original, which is associated with the contusion from the blow of the Turkish sabre during one of the battles. The baby, who was named Sergei, was then even more bizarre and original biography, which, in fact, consisted of continuous paradoxes.

You can start even with the fact that Sergey Volkonsky, one of the most famous, so to speak, the status, the Decembrists, much higher than many of his comrades in a secret society that North that South.

First, his rank and title. He was the only General among the Decembrist cohort of lieutenants, captains, majors and colonels.

Second, nobility of a sort. The family of the princes Volkonsky goes back to ancient times — to the princes of Chernigov, and then, to the Rurik. It is possible to compare only the same Decembrists Rurik, as the princes bariatinsky, Obolensky and Shchepin-Rostov. Here we have this neglect even Prince Sergei Trubetskoy — he is descended from the Lithuanian Grand Duke Gediminas. Respectable, certainly, but not Rurik, anyway. Well, low-born Romanov is generally better to stand aside.

However, Romanov could not stand aside. And if the Emperor Alexander I very appreciated his adjutant, his brother and successor Nicholas I after personal interrogation Volkonsky in the case of the Decembrist uprising, left the following record: “Sergey Volkonsky — blooming fool, all of us have long known, a liar and a scoundrel in every sense, and here the same show. Without answering anything, standing as turely, he was the most hideous specimen ungrateful villain and a stupid man”.

Nicholas, for all his merits was a very stubborn man. For some mysterious reason, he believed that from birth endowed with a unique ability to understand people at first glance. To convince him this was extremely difficult, almost impossible. Although worth, as in reality, everything was exactly the opposite. And the case of the Volkonsky this confirms almost perfectly.

For example, recognizing Prince “stupid fool,” the Emperor acted like Gogol unter-the officer widow who flogged herself. Because Volkonsky approved the initiatives, which subsequently became famous Nicholas I. moreover — respected and fully trusted by the same people.

For Example, Alexander Benkendorf. Yes, the same chief of police and the head of the third section of the Supreme body of the political police. So. Sergei Volkonsky fully welcomed and appearance, and specifics of service of gendarmes, these “Stranglers of freedom”:

Among my companions were Alexander Khristoforovich Benkendorf, we were first acquainted, and subsequently in a close friendship. As a thinking person and impressionable, he saw what services are provided, the gendarmerie in France. And figured on a fair footing, when electing persons who are honest, intelligent, introduction of this industry, the spying could be useful to the king and Fatherland — He invited many of my friends to join this group, as he called it, dobromysli, including me.

Calling Prince Volkonsky villain, the Emperor took the risk. In fact, it is a serious offense, but in matters of honor Sergei Grigorievich was very meticulous. So, the famous case when he stood up for the young officer who received a slap from General Wintzingerode. The General was justified by the fact that he doesn’t see who is before him: “But it’s not an officer and a simple soldier!” Received from Volkonsky answer: “Even in this case your action would be reprehensible!” Could the villain not be a superior, besides your supervisor? Unlikely.

It is known that the highest praise to the man, Nicholas thought his business acumen. “Separately!” — this opinion the Emperor could receive a few. And the fact that it has not received the Prince can be explained solely by the personal hostility of the king to the “Packed fool” Volkonsky.

, How fun the daughter of Peter I, when the Russians took Berlin

According to the law of silnokislotny you can do only farming. Of course, some violations are condoned — many Decembrists tutoring earned, and someone even tried to wash gold, or to engage in soap-making. But the noblest, the same troubetzkoy, for example, on this account was not intended as any financial difficulties experienced.

The family Volkonsky no financial support from the “mainland” has not received. Prince Volkonsky, the Rurik’s origin, considering it shameful to look for loopholes in the laws he took up the plow and the shovel. And has made impressive progress. Here are excerpts of letters which the wife wrote to his mother.