The Russian Embassy in London spoke about “hard breaking” your site

The website of the Russian Embassy in London www.rusemb.org.uk — December 17, suffered a “hard breaking”. About this diplomatic mission told TASS. 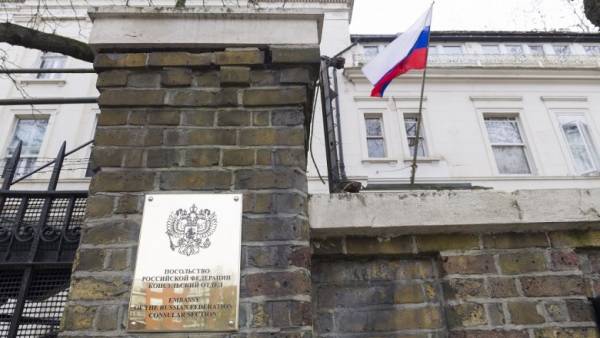 According to him, the site was hacked in the afternoon — at 14:48 local time (17:48 MSK). This happened “after the publication of the UK’s involvement in Ukrainian Affairs, as well as critical comment on the job of the BBC to his correspondent to find a Russian trace in protests in France,” noted the Embassy.

What the publications in question, the Embassy said. At the time of publication of news it was available.

16 December, “RIA Novosti” published the correspondence of the correspondent of Russian service of BBC Olga Ivshina “with one of the stringers” covering the social media campaign “yellow jackets” in France. The journalist asks questions about the possible impact of Russia’s protests.

The official representative of Russian foreign Ministry Maria Zakharova called it a “blatant fact”, noting that the Agency will write to the OSCE letter on the subject.