WASHINGTON, 18 Dec. /TASS/. The content of the message of the Minister of defence of Russia Sergey Shoigu was brought to the attention of his American colleagues James Mattis not immediately, because this document was not talking about their possible contact. 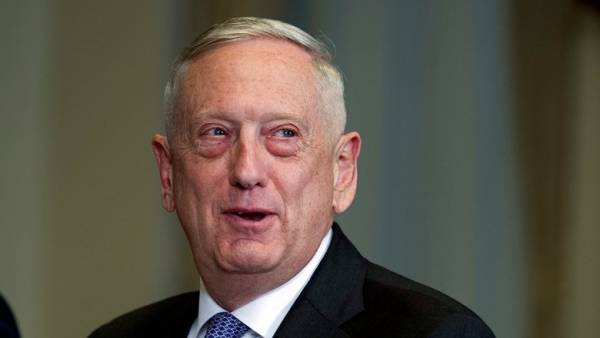 This version of the incident stated on Monday, told TASS representative of the Ministry of defense, commenting on the situation around several days of silence of Mattis in response to the letter Shoigu. It concerned the future of the Russian-American Treaty on the elimination of intermediate and shorter-range missiles (INF Treaty).

As stated by the officer of the Pentagon, the American side felt that the Russians sent “a request of the working level.” “They have not given us enough time (to prepare a response)”, — stated the representative of military Department of the USA.

Earlier, Pentagon spokesman Eric Pahon confirmed TASS that the us received from the Russians the message. According to him, the Pentagon intends to respond to this letter appropriately. “I don’t know about any particular offer of talks with the Minister [of defense James] Mattis. However, we received from Russia last week, the proposal to hold a debate over the INF Treaty at the level of military experts, and we will give Russia the answer is properly,” said Pachon.

However, he expressed the opinion that “the Russian proposal has not demonstrated its interest” in the steps necessary “to preserve the INF Treaty”. Pachon accused the Russian side in the quest to turn a new proposal in a piece of propaganda. This testifies to the carelessness attitude of the Russian defense Department, says Pentagon spokesman.