The Ministry of culture will create a new University, designed to keep creative young people in the regions 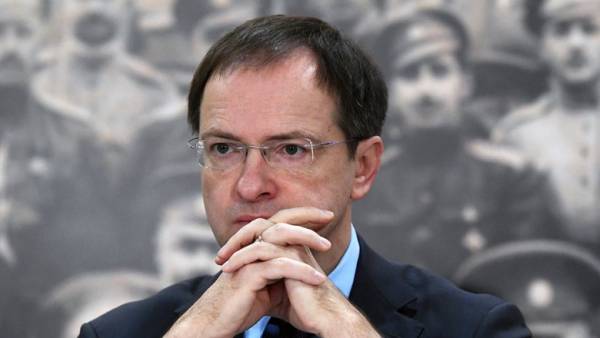 Ministry of culture announces a competition for the best concept of creation in Russia Higher school of music and performing arts, with branches in Vladivostok, Kemerovo, Kaliningrad and Sevastopol, the head of Department Vladimir Medinsky.

“This project is ambitious, to drive it to the existing rigid standards of the educational process we wouldn’t therefore decided, in consultation, to announce a competition to develop the best development strategy of this network of innovative cultural higher educational institutions in the four regions with potential for expansion,” said Medina at a press conference dedicated to the establishment of the University on Monday.

We are talking about establishing branches in the cultural clusters, Vladivostok, Volgograd, Sevastopol, and Kaliningrad.

The authors of the idea of the creation of the new University hopes that the new University will operate best teachers possible, the training will take place in an accelerated program, but not necessarily innovative methods and programs, which in any case should not coincide with already existing ones.

According to him, the task of the new high school “very specific” and is to save in the regions of creative young people who want to learn in schools-class of Moscow and St. Petersburg, where, as a rule “due to various circumstances” remains.