The chief of the GRU Igor sergun died in Lebanon — this follows from the testimony of the former US presidential Advisor for national security Michael Flynn, which he gave during the interrogation by the FBI. In Russia it was reported that Colonel-General died of a heart attack in a rest home near Moscow. Report confessions Flynn was published by the U.S. Department of justice. 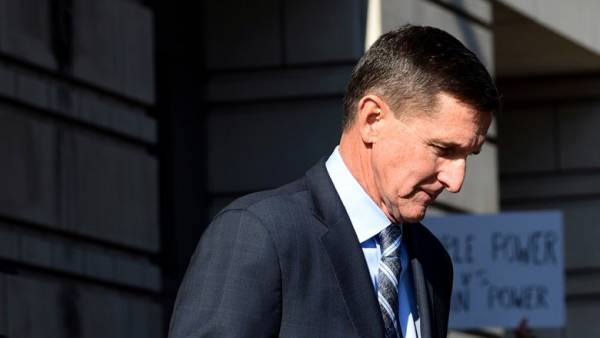 “Flynn stated that he called the Ambassador [of Russia in the USA Sergey] Kislyak after death [Igor] of Sarguna in Lebanon in the beginning of last year to Express condolences”, — the report says the Agency.

Flynn was appointed to the post of adviser in January 2017, but soon resigned after the release of information to discuss anti-Russian sanctions holding then a post of Russian Ambassador to US Kislyak.

Russiagate12:06 (Moscow time)the Russian “Internet trolls” accused of discrediting the investigation Мюллера17 декабряFacebook and Twitter could conceal the scale of the Russian intervention in elections in США17 декабряWP published part of a report on “Russian intervention”, which ordered the intelligence Committee of the U.S. Senate

See also: the Case of General Flynn: a confession to a former adviser to trump