Africa will appear in Moscow and St Petersburg. Russia plans to build a garden city

Russian export centre (REC) supported by the Ministry of industry and trade of the Russian Federation held a complex business mission of domestic companies in Egypt. 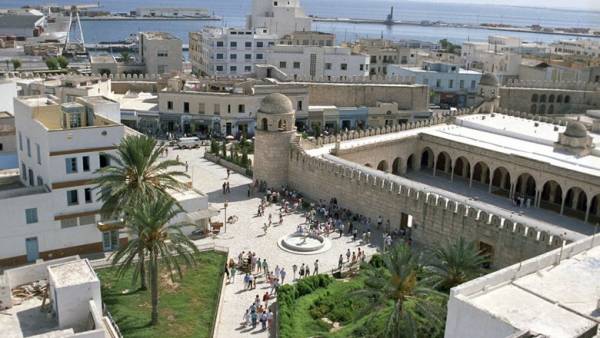 The mission was timed to coincide with the first international African exhibition on the Intra—African Trade Fair in 2018, one of the largest on the continent.

How it all began?

In may this year, Russia and Egypt signed an agreement on the creation of industrial zones (RPZ) for our companies in the Suez canal in Port said. It is expected that it will become a logistics hub, a platform for the export of Russian products to the countries of Africa and the Middle East.

This will be the first Russian industrial zone abroad.Vasily Asmakandil Minister of industry and trade

“It is important for us. EBL is a kind of window to return Russia to the Africa market. We are long gone from the African market, there is a big gap. But historical memory remained. It so happened that our engineers have built a variety of industrial facilities, plants and factories. Since then, Africa has changed, but to us it remains warm feelings. And we are happy to come back”.

Presentation of the Russian industrial areas was the key event of the business mission of the RECs in Egypt. According to Osmakova, the Russian budget includes the necessary funds to implement this project on a 6-year period. It is expected that the first phase will run until 2022 a Number of companies have already expressed their willingness to become residents of the CPG.

We have been exporting to Africa?Russia has serious competitive advantages in comparison with Europe and North America. Our products are superior in quality and at the same time cheaper.Sergey Kirpichenko Russia in Egypt

Now Africa makes a choice mostly in favor of Chinese goods. Russian exports to the continent are represented by agricultural products (especially grain), machine-building, metallurgy, medicine and pharmacy. But its structure is gradually changing. The share of machinery and automotive industry increased by 20%. The deal was concluded for delivery in the same Egypt of a large batch of railway wagons.

Source reported deliveries of military vehicles “the Terminator” in Africa

The creation of a Russian industrial zone to our exporters, and suppliers will be given preferences — duty-free delivery of equipment and components, obtaining the marking Made in Egypt, reduced taxes and fees…

“We have allocated a 5.25 square kilometres in the Suez canal. On this site we want to create a garden city with industry, — shared his plans for the Director of special projects, the Russian export centre Ilya Pomigalov. Area will be divided into two parts, the “Saint-Petersburg” and “Moscow”. While this is only a concept, we Refine it. But by 2020, companies will be able to go on the layout of their plots and begin to build there factory.”