The scientist told about the mysterious behavior of marine animals

MOSCOW, 17 Dec — RIA Novosti, Tatiana Pichugina. In late November, two hundred black dolphins and whales killed by jumping on the coast of New Zealand and Australia. Such tragedies among marine mammals occur regularly in both hemispheres. 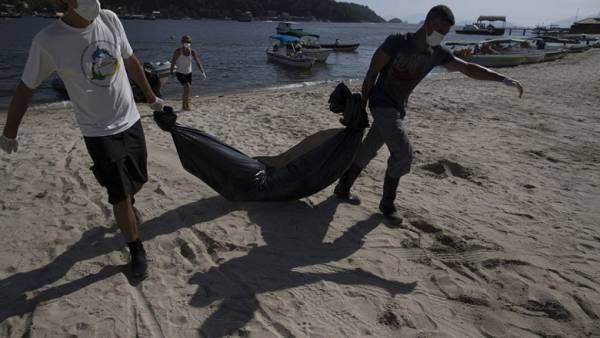 Scientists say that animals suddenly lose their orientation, but the causes which impel them to the fatal step, are not fully known.

When the herd effect brings

New Zealand leads in the number of such incidents. The record holds the year 1918, when on the archipelago of the Chatham found about a thousand pilot whales in abundance living in the local waters.

On the Bank under Auckland in 1985 killed about 450 of the whales. Approximately the same number jumped in February 2017 on the infamous scythe, Farwell Asleep. Here are the most likely to kill marine mammals.

They have developed scheinost. They follow the leader, and if he makes a mistake, gets stranded.Dmitry Glazov Institute of problems of ecology and evolution them. A. N. Severtsova RAS

In most cases, according to the scientist, the cause of the error is unknown.

The autopsy will show

Hypotheses about what causes whales and dolphins to go to certain death, were a lot.

“Glowing” dolphins: in the Internet appeared the unusual video

“To judge the reasons why marine mammals beaching, allows only the opening. For example, it can be a powerful acoustic impact into the sea during military exercises, seismic prospecting. Animals are frightened or stunned. In such cases, they have the autopsy find a violation of the hearing aid, blood boil because of the rapid ascent”, says Glazov.

Scientists from the U.S. and Spain checked the connection between the seismic mass and the emissions of cetaceans. Although clear evidence is not found, the two events can be explained by human activity. We are talking about the deaths of hundreds shirokolistyh dolphins off the coast of Madagascar in 2008 and 680 spinner of belobochka in Peru in 2012. In both cases, the seismic surveys conducted for oil companies.