Cease to exist is also the detention centre “Krasnaya Presnya”. Instead, they will build a prison complex that meets modern international standards. 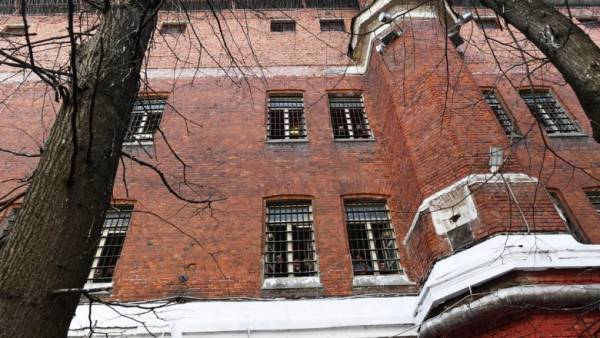 The legendary Moscow jail “Butyrka”, where in the XVIII century was held Emelyan Pugachev, will soon close forever. Along with the “Butyrka” will cease to exist and SIZO No. 3 “Krasnaya Presnya”. In an interview with “MK” told the Deputy head of the FSIN Valery Maksimenko.

Instead of these prison build prison complex that meets modern international standards. Where are the new insulator will be known until the end of 2018. The building of “Butyrka” will give the city and the city will decide his fate, said Maximenko.

At issue was the fate of the famous “sailor’s silence”, however, this jail while “took a break”.

“The decision to close the “Butyrka” and SIZO No. 3 “Presnya” is accepted, but with the “sailor’s silence” took a break. Initially we were planning to build their own new jail in two places instead of “Presnya”. But the city offered another option — to be closed and “the Prison” with the “sailor’s silence” and at the expense of the Moscow budget to build a new modern jail on 5 thousand places on the territory of 80 hectares. Yet decided “Matrosskaya Tishina” do not touch” — said Maksimenko.

With regard to the future of the modern prison complex, discusses two directions in the direction of Kaluga and Dmitrov highway. It is assumed that the insulator is built in the shortest time. Beginning of works is planned for early 2019. The new detention center will meet all European standards. Externally it is similar to “Crosses-2”, recently discovered near St. Petersburg, said Deputy head of the FSIN.