Swedish Professor used the services of PMC to save the student from ISIS. 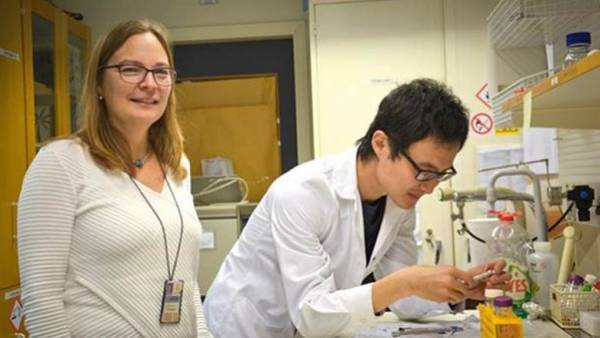 Professor of chemistry, Lund University (Sweden) Charlotte Turner together with the chief of security Pen Gustafson sent a squad of mercenaries to take out his doctoral student with the Islamists territory. Thanks to their efforts, Jumaah Firas and his family managed to leave the war-torn Northern Iraq. This story happened in 2014, but it has become aware only at the end of this week.

Doctoral student-Yazid Firas Jumaa were trained in 2014 at the faculty of chemistry of the University of Lund, when he was called remaining in Iraq by the wife and reported that the neighboring village was overrun by banned in Russia organization “Islamic state” (IG). The Islamists, who regarded Kurds, Yezidis pagans, have killed all men and enslaved all women.

Hearing this, the doctoral student decided to go to save his family, taking the ticket on the first plane. “How would I live on if with them there is something wrong?” he explains his action in an interview on the University website.

But to take out the family he has failed immediately after the arrival of Mr. Jumeau and his wife with the children themselves had to flee from their homes fleeing, hiding along with other bleaching Yazid in an abandoned factory. There doctoral student sent to her Professor Charlotte Turner TEXT message in which he wrote that if “coming back during the week, then continue work on the dissertation can’t.”

I just wanted to warn the teacher, I didn’t think she’d be able to do something. Firas Jumaa

Mrs. Turner received the message, was furious. “What happened was completely unacceptable, she said in an interview.— I was so angry that ISIS has invaded our world, endangering the life of my students and his family and disrupting his study.”

Help the Professor turned to the head of security University of Peru Gustafson. He promised that his Association “allow us to deliver a transport and provide security around the globe”.

Within a few days he signed a contract with a certain firm that undertook the rescue of the doctoral student and his family.

Soon after this, as described by Firas Jumaa, “two jeeps Toyota Landcruiser with four heavily armed mercenaries” arrived at the bleaching factory in Northern Iraq, took his wife and two children and drove to the airport in Erbil, where they were evacuated by plane back to Sweden. “I never felt so important, — says Mr. Jumaa.— But at the same time, I felt like a coward due to the fact that the left in Iraq his mother and sisters.” Fortunately, the relatives of the student had experienced the occupation of ISIS, although their house was completely destroyed.

Now Firas Jumaa has already graduated and works for a pharmaceutical company in the Swedish city of malmö. “I have friends who think I am a secret agent, because they can’t believe that the University would organize a rescue operation for ordinary students,” he says.