MOSCOW, 17 Dec — RIA Novosti. Strategic rocket forces (RVSN) Russia will have until the end of the year about 100 new weapons, including missile complexes “YARS”, said the commander of the strategic missile forces Sergei Karakayev. 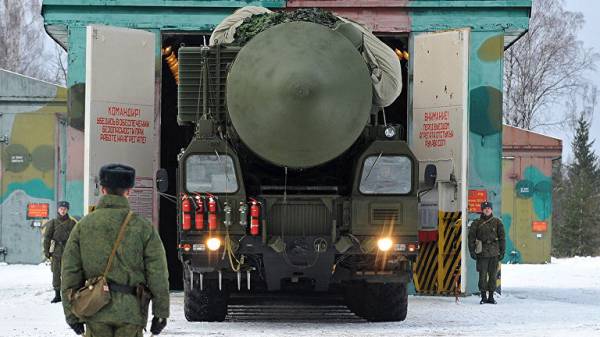 “Until the end of the year, the army planned to put about 100 new weapons, among which the missile complexes “YARS” stationary and mobile bases,” Karakayev said in an interview with the Armed Forces of the Russian Federation “Red Star”.

The resulting technology will allow to complete re-equipment of the regiment in Yoshkar-Ola missile division, to continue the rearmament of Kozelsk connection and to increase the share of modern weapons in the grouping of the strategic missile forces to 70% (it is planned that the Armed Forces as a whole should reach that level by the end of 2020).