Media: the US decided not to guide through the Northern sea route your icebreaker

TASS, 17 Dec — As reported by Business Insider, citing the ex-commander US Coast guard Admiral Paul Zukunft, Washington fears that the ice breaker will be damaged and then you have to ask for help from Russia. 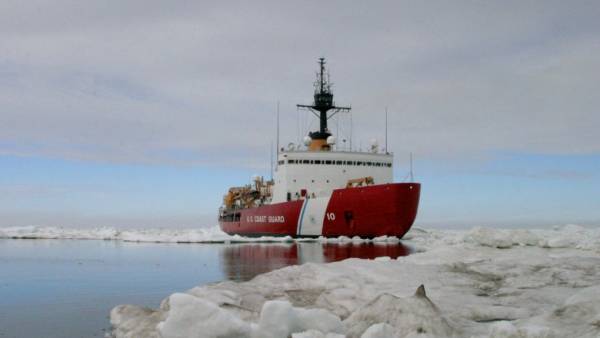 The US decided not to guide through the Northern sea route its only heavy icebreaker for fear that it will be released in the time of the expedition down and then you have to ask for help Russia. This was announced by the us online publication Business Insider, citing the statements of the former commander of the US Coast guard Admiral Paul Zukunft. It 1 Jun has replaced on this post of Admiral Karl Schultz.

“When I was a commander, a representative of the national security Council at the White house contacted me and said the following: “We should send [the icebreaker] Polar Star (“Polar star” — approx. TASS) through the Northern sea route, to demonstrate our right to freedom of navigation”, — quotes the edition an excerpt from the speech Zukunft at the conference on the Arctic, which took place on December 4 at the Washington research Center. Woodrow Wilson.

“I replied that this icebreaker for 40 years — continued retired Admiral. — We take the details from another similar icebreaker in order to further exploit the “North star”. And I can’t guarantee that this icebreaker will not be a serious breakdown in the time when he will demonstrate the right to freedom of navigation, and I don’t have to ask for help to Russia, so they pulled him out of the ice. Now is not the time to do this.”

As emphasized by the publication, the Coast guard has only one heavy icebreaker Polar Star, which was launched in 1976 and is in constant need of repair. Earlier Zukunft stated that “polar star” is actually on “artificial life support”. The ship has diesel-electric and gas turbine engines. The coast guard expects that this icebreaker will last about five years, after which it is planned to build a replacement.