At the election of the Governor of Primorye defeated Oleg Kozhemyako

Acting Governor of Primorsky Krai Oleg Kozhemyako won re-election. After processing 99.94% of ballots he received 61,88% of the vote, according to the CEC. 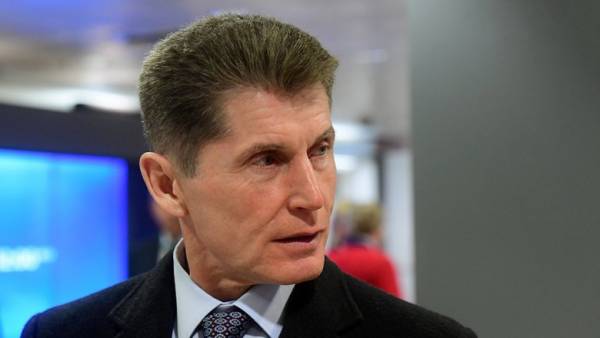 The candidate from LDPR Andrey Andreichenko scored 25,17%, Alexey Timchenko from the Party of growth of 5.17%, rose Chemerys from the party “For women of Russia” — 3,8%.

Gubernatorial elections in Primorye took place again. In the single voting day September 9 the region has not revealed the winner. In the second round, which was held on September 16, came the acting Governor Andrei Tarasenko (United Russia) and the candidate from the Communist party Andrei Ishchenko. The results of the second round was cancelled due to numerous violations during the voting.

Then Tarasenko resigned, his place was appointed Kozhemyako, who went on elections as the independent candidate. And Ishchenko were not admitted to the elections for the municipal filter (on the second ballot, the Communist party refused to support it).

Kozhemyako — the record for the number led them to the regions: the coastal region, he led the Koryak, the Amur region and Sakhalin.