The us Navy predicted the defeat in the war with Russia

In the event of war with Russia or China, the United States may lose because of obsolete equipment. On Saturday, December 15, writes the journal The National Interest, citing a report of the Center for strategic and budgetary assessments (CSBA). 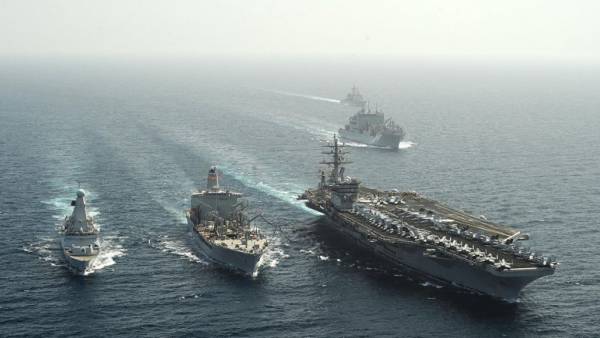 “If the American fleet would not be able to transform its aircraft carrier group, then the management of the Navy should reconsider whether to continue funding the wings of carrier-based aircraft or to allocate funds fleet to ensure a more important military units”, — quotes the text of the publication “RIA Novosti”.

CSBA drew attention to the reduction of the combat power of the US fleet after the USSR collapse, lack of a credible opponent. So, in carrier battle groups was decommissioned fourth generation fighter Grumman F-14 Tomcat carrier-based ASW aircraft, the Lockheed S-3 Viking. They were replaced by fighter-bombers of the Hornet and Super Hornet from the Corporation McDonnell Douglas. Currently, this military equipment will not be able to compete with the Chinese or Russian armed forces.

“By 2018, the range of a typical aircraft carrier with devotional payload was reduced to 1,3 thousand miles,” writes The National Interest, noting that at this time Russia and China had been developing anti-ship long-range missiles and other weapons that threaten aircraft carrier and its aircraft.

According to the author, the American carrier battle groups is not enough “radius of action, endurance, vitality, and specialization” in order to defeat Russia and China.

In early December, the American media acknowledged that the icebreaking fleet is in a deplorable state, and afloat to date, there are only two old polar icebreaker.