MOSCOW, December 16. /TASS/ — the Senator stressed that “such line is directly contrary to the interests of Russia and interests of any non-US satellites”. 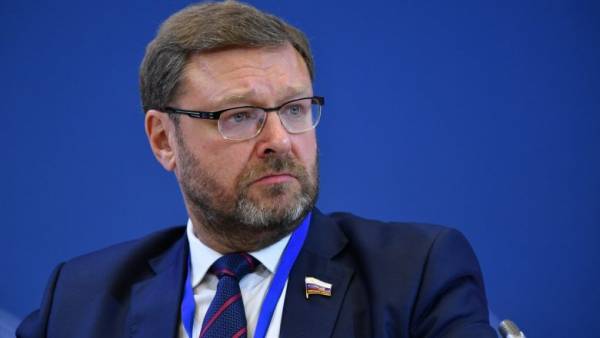 Appeals from the United States to Germany to abandon the construction of the pipeline “Nord stream — 2”, as well as to the European Union with a proposal to unite against the “Russian aggression” constitutes interference in the Affairs of sovereign partners. This opinion was expressed on Sunday, the head of the Federation Council Committee on international Affairs Konstantin Kosachev.

“A categorical statement by the USA on the “Nord stream — 2” with a call for Germany to abandon it, and to the European Union to close ranks “against Russian aggression” is a blatant and unceremonious interference in the Affairs of sovereign partners that the United States have no right to have any attitude,” Kosachev wrote on his page in Facebook.