Top 10 attractions in the most visited countries in the world

A map service MAPS.ME offers travelers go through the list of the most iconic tourist sites on Earth to get ideas for future trips. 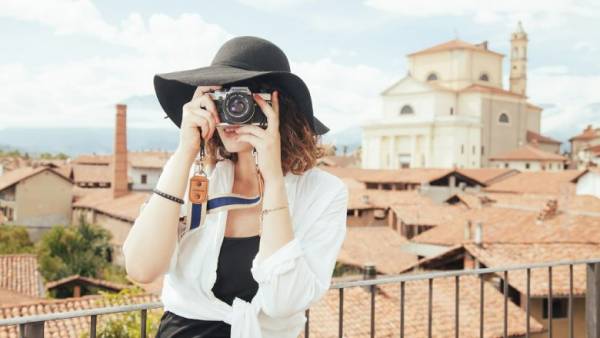 When we don’t know what movie to watch at bedtime, to read long reviews from critics, we just open any rating site and look at the top position. Films with the most votes are rarely bad: high scores mean that the films speak to audiences in the universal language of art can reach various audiences, regardless of age, gender, political views and taste preferences.

The same approach can be applied when there is a meal choice from the series “holidays — where to go?”. If the time and effort to the study of online guides there is not expected, just look at the list below: one of these sites, you must “hook”, as has happened with millions of other travelers. This is the top 10 most visited countries in the world, according to the World Tourism Barometer from the world tourism organization (UNWTO), and the most popular attractions on the territory of each state.

1. France and the Cathedral of Notre-Dame de Paris

In the first place France, which in 2017 was visited by 87 million guests from abroad. The reason for such high popularity is that this European country is in terms of tourism is universal. Only one Paris for its versatility attracts travelers with a variety of types of leisure: cultural tourism, shopping, and travel with children on vacation, and honeymoon. In addition, millions of foreign visitors flock to nice, Cannes and other resorts of the côte d’azur, and ski in the Alps.

The most visited attraction in France is the Cathedral Notre Dame de Paris, or Notre Dame, which last year visited almost 14 million people. This Gothic Church, Dating from the XII century, the widely acclaimed Victor Hugo, and in modern times — still the same musical, is considered one of the symbols of the country. It is inextricably linked with the history of the state: here, first met the French Parliament, was rehabilitated Joan of Arc, Napoleon proclaimed Emperor, and also have been many other significant events.

2. Spain and the Church of the Sagrada Familia

In second place is Spain with 82 million foreign visitors. Its popular with the foreign audience it must, first and foremost, a beach holiday on the Balearic and Canary Islands, with their mild climate and the beauty of Barcelona. A significant contribution to the tourism potential of the country and making the ski resorts of the Pyrenees and Iberian mountains and the state capital, Madrid, where there are many palaces and museums including the famous Prado.

The most popular landmark of Spain, according to the publication El País — the Church of Sagrada Familia (3.7 million visitors a year). However, the palm can challenge the Basilica of the virgin of Pilar in Zaragoza, not included in the statistics due to the lack of system of registration of visitors. According to rough estimates, the threshold of the Basilica annually step over of about 5 million people (but this is inaccurate).

United States with 77 million visitors completing the top three ranking of the most visited countries in the world. The possibilities of this country in terms of pleasure trips is impossible to describe in a nutshell. USA is at least the modern metropolis new York the famous times square and Los Angeles with Hollywood; it is the Pacific and the Atlantic ocean, California, and Hawaii; it’s a wild flowing rivers, rich national parks, mountains and the Grand canyon, Niagara falls etc.

And in the United States is the most visited tourist attraction (we are talking not only about the country but all over the world) is Las Vegas Strip, which last year received nearly 40 million visitors. View this post in Instagram

This 7-km-long Boulevard, by the way, is outside of Las Vegas, and in it are concentrated all the most notorious and legendary hotels and casinos, such as Imperial Palace, Caesars Palace and Excalibur.

Slightly more than 60 million tourists visited China in 2017. In China travelers are attracted by the big cities of Beijing, Shanghai and Guangzhou. Also popular are the national parks, the Shaolin monastery, the Great wall, the resorts of Hainan island.