The Serbian President accused the U.S., Britain and Germany in the creation of an army in Kosovo

BELGRADE — RIA Novosti. USA, UK and Germany are behind the formation of the army of the breakaway Republic of Kosovo, said Friday in address to the nation the President of Serbia Alexander Vucic. 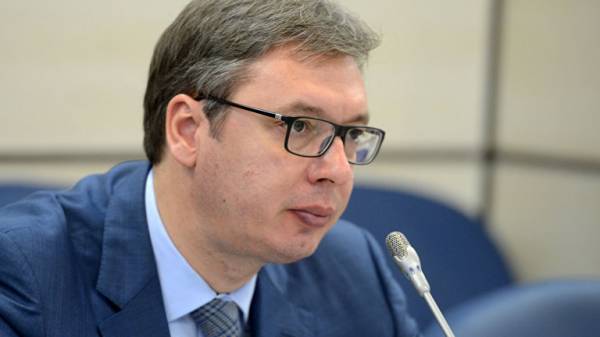 “Today it is clear that the Albanians and their sponsors never wanted compromise, it is clear that for all that they did, are the United States, Britain, and the question of the army Kosovo, and Germany. We are disappointed by this fact, but it is not news to us,” said Vucic.

The deputies of the Parliament of the breakaway Republic approved on Friday a package of bills on the transformation of the lightly armed Kosovo security Force (KSF) into a full-fledged army. It is planned that the armed forces of Pristina will reach 5 thousand actual soldiers and 3 thousand reservists.

The Serbian government condemned the military initiative of Pristina, the Minister of foreign Affairs Ivica Dacic said that Belgrade will require the convening of the UN security Council.

See also: the Sellers of fakes from Kosovo: clicks are expensive, and fight it hard