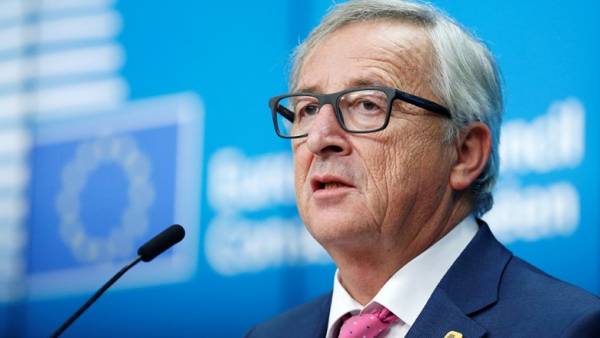 The footage video, posted on YouTube, you can see how Juncker ruffled the hair of one of his employees, which caused the surprise of others. Further, the President of the European Commission pretended that he was cold, and then greeting another employee, patted her on the arm.

Later, before a press conference at the summit, Juncker has sharply dropped on the floor a stack of documents, not explaining their actions.

The head of the EC is known that likes to joke on a press-conferences. In early October, Juncker started one of the talks in Brussels with the mimicry of dance moves, British Prime Minister Theresa may.