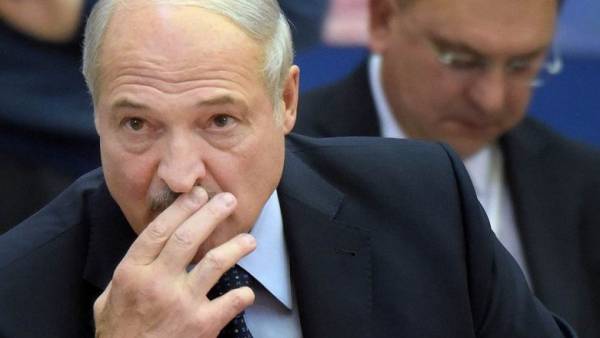 “Some have even estimated that since independence, we as much as $100 billion off. When I read this, I think that if $100 billion, the Belarusians would have just choked from such a huge number of bills received in foreign currency from a fraternity of our state. Nonsense!” he said at a meeting with representatives of Russian media.

According to the President of Belarus, Russia provides Belarus with support in the form of loans, but the rate on these loans is much greater than the rate for loans of the International monetary Fund. “If we are from Russia, for example $4-5 billion of loans received, each year for their service paying $1.2 billion”, — said Mr. Lukashenka.

Low gas prices we are not required to give us $70 in Smolensk. We have all this two or three times more expensive. We demand that was fulfilled our agreement, they permeate all of our agreements and contracts on equal conditions for economic entities.News

of Lukashenka apologized to Putin after his speech “in bad shape”

The President of Belarus added that he wants to meet soon with Russian President Vladimir Putin to resolve problematic issues in bilateral relations. “Frankly, prepared to sum up the results of the Belarusian-Russian cooperation. But the questions remain. In the near future we together with my Russian colleague and will try to resolve them”, — he said.

Recall, December 6, Vladimir Putin in St. Petersburg held a meeting of the Supreme Eurasian economic Council, which in a public discussion about a dishonest price of Russian gas for Belarus with him came Alexander Lukashenko.