The Russians are increasingly paying for dental care and less for inpatient. 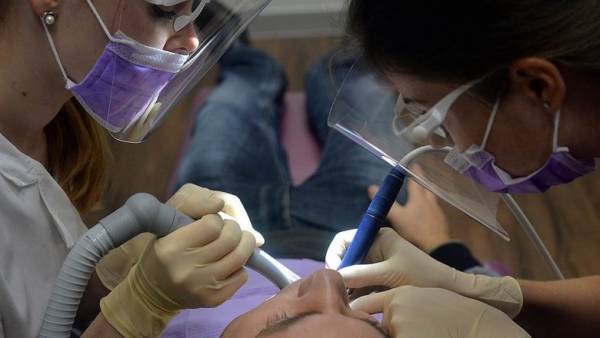 In some segments of the Russian healthcare system is growing the volume of paid services in the first place, according to the Higher school of Economics (HSE), this occurs in dentistry. Their volume is reduced in the case of treatment of patients in hospitals, in all industries increased the share of official payments to the detriment of the shadow.

Russians are increasingly forced to resort to a number of services of paid medicine in both private and public health institutions. Such conclusions can be drawn from the study of experts from the Higher school of Economics, the basis for which was data “the Russian monitoring of economic situation and population health at the HSE” (RLMS-HSE).

Most Russians are willing to spend money on the services of dentists. The average official payment for dental treatment in 2017 amounted to 9.4 thousand RUB: in the commercial sector it was equal to 12.5 thousand rubles, in the state and 4.4 thousand RUB most of the citizens that turned to the dentist in 2017, elected state and municipal clinics, but in recent years (2009-2017), the situation has changed significantly. Thus, the proportion preferring public institutions decreased (from 60.9% to 55%), and private — has increased (from 36.2% to 44.8%).