Child from Guatemala died after his arrest by border patrol USA

Moscow. 14 Dec. INTERFAX.RU Seven — year-old girl from Guatemala died from dehydration and shock in custody by the US border, reports The Washington Post. 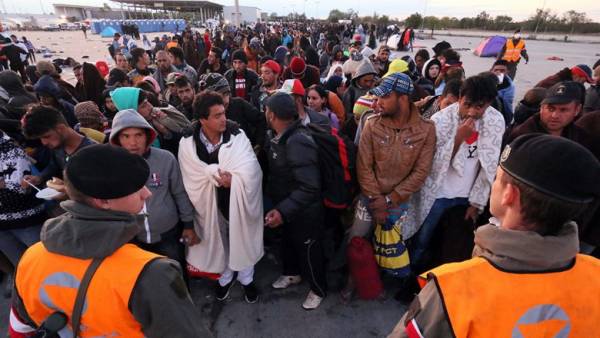 The girl, whose name is not known, were detained last week after illegally crossing the border in new Mexico with his father and more than hundred other migrants. Eight hours after the arrest she started having seizures.

As follows from review of the records of the customs and border patrol, the staff of the medical team found out that the girl did not eat or drink for several days.

Thereafter, the child was taken to the hospital in El Paso, where she died a day later from cardiac arrest.

According to reports, the girl’s father is still in El Paso waiting for a meeting with the consular officials of Guatemala.

Customs and border protection is investigating the incident.

“Our most sincere condolences to the family of the child. The guards did everything possible to save her life under the most difficult circumstances”, — said the publication representative of Andrew Meehan.

This year since October, several large caravans of Central American migrants headed to the US border through Mexico. The total number of participants reached 10 thousand people.

According to the publication, migrants traveling with family members amounted to more than half of those who were taken into custody in November by the border patrol.