Zhirinovsky: it is necessary to prohibit artists to pull in a few new year’s show

MOSCOW, December 12 — RIA Novosti. LDPR leader Vladimir Zhirinovsky proposed to ban same artists to participate in the filming of the Christmas show on multiple channels to the Russians “was a choice at least in the new year.” 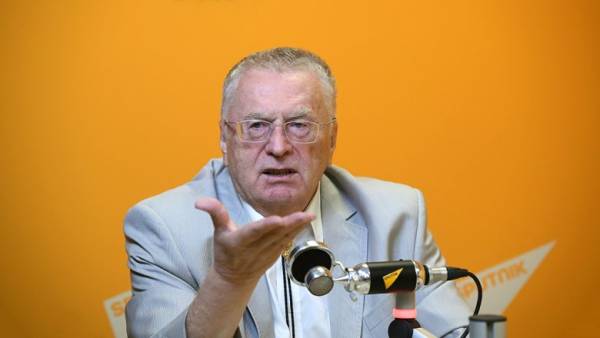 “How can? People are already unhappy and need to change these “blue lights” to new fresh faces and different performers were on different channels. To prevent a run on the channels. Made here — on the other channel even if it be another. To give people the choice was at least new year’s eve. Many no longer watch TV because of this. So we supported those voters who require upgrading, including cultural and entertainment programs,” Zhirinovsky said to journalists on Wednesday.

“They (artists) make money, and millions of people listen to, watch,” — said the politician.

He also noted that in Russia every year there are many talent contests, which reveal young artists, but, according to Zhirinovsky on new year’s TV show is not allowed.

“They probably rubbed, is clamped. So we have to help them. Let us renew each year at least a third round of artists performing in the Christmas show” — later wrote Zhirinovsky in his Telegram channel.

Lemonade in the frame, smiling and waving. What happens behind the scenes of the Christmas show