This Intrusive background music: how it works and why?

Wherever we turned, everywhere we are accompanied by background music that has a special name — “Muzak”. We often ignore it, but it is still able to influence our preferences, especially in regard to purchases. 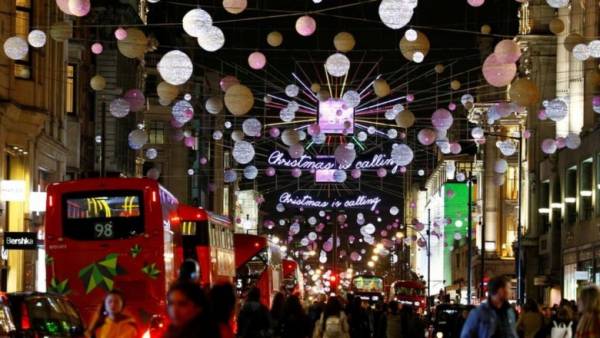 If I could instantly be transported from one place to another, even with closed eyes could determine where they are. For the music played.

As biased against sellers affects your purchase

Rita Ora or Lady Gaga shopping centre. Singing warm country vocals Dolly parton or Kenny Rogers — the hardware store. Saxophone Stan Getz or expensive boutique, or I have again had the seal and I in the waiting room at the dentist.

Before Christmas, however, brings its own confusion, because now the music sounds everywhere the same, unchanged, from year to year repeating set of Christmas hits.

However, what is poured into our ears from speakers in shops, foyers, lobbies, elevators, airports and other public places, in the English language has its own special name: it’s not music, “Muzak”, that is, a musical background accompaniment.

Oddly enough, the beginning of this bad trend, put in the early twentieth century French classic Erik Satie with his “meblirovany music”, created in 1910-ies.

The idea of Sati, such works had to be played as something not isolated from the environment. But try to listen to it looped Intrusive Musique d ameublement — and you just want to run to the door and maybe even without trying.

Method of “delivery” of the background music consumer invented around the same time major-General of the American army George Owen Squire. As head of the communication service during the First world war, Squire has developed a wired radio (using trees as antennas) to send dispatches, and in peacetime, has patented his invention and founded a company, Wired Radio (“Wired radio”), starting to transmit the target sound sets on the telephone wires. He later renamed the company to Muzak.

the Smell of fresh bread and hot chocolate. As we are forced to buy

The squire found out how to sell their “product” offering to private institutions, hotels, clubs, businesses — to play background music through the speakers, sometimes hidden behind the big tubs with fashionable at that time palm trees, making this kind of broadcast was called “music from the pot.” Later, as often happens, caught more neutral designation — “Muzak”, the name of the brand.

At first it was mostly instrumental classical or jazz, and later to this were added the instrumental performance of popular hits.

In America such music specifically like the way in elevators, because it distracted attention and thus calmed the nerves particularly alarming visitors and customers, and it was a significant moment, if you imagine how many towers and how many floors.

The popularity of “Muzak” helped and published in 1937 a study of British industrial psychologists “Fatigue and boredom in the workplace”, which said that planned sound design of the workplace improves productivity and improves mood.

However, it was noted, if music was too interested in, people on the contrary stopped to work and started to actively listen to or carried away to somewhere far, far away in his thoughts.

During the war 1940-e years the company Muzak was developed with the help of the architects of the sound something like the sound of the algorithm, calling it a “Progressive drive”.

Its meaning was that the broadcast was divided into 15-minute intervals, during which the volume of the sound of music has risen steadily, and then fell silent for the next quarter of an hour, giving the worker a feeling of “forward movement” and thus was thought to increasing productivity.

However, various studies on the effect of music on our subconscious mind it has been a lot. There was even one that found that daily listening to background music boosts our immune system.

How your age affects your appetite

The students of Wilkes University in Pennsylvania in the late 1990s during his experiment came to the conclusion that listening to background music for 30 minutes by 14.1% increased the level of immunoglobulin A, which inhabits the mucous membranes and dare viruses and pathogens.

The experimenters noticed that listening to the same amount of music on the radio, as well as other sound stimulations or just silence, did not bring the same result.