Scientists of the German geological research centre in Potsdam found that Tehran, capital of Iran and the largest city in Asia (population exceeds 13 million people), quickly sags. Some areas are lowered at a speed of 25 centimeters per year, causing damage to buildings and communications. 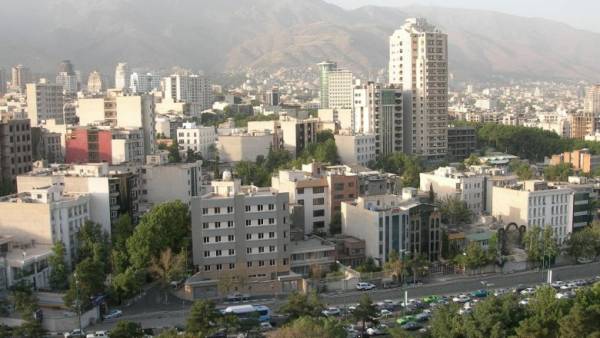 The reason is the depletion of groundwater. This publication reports Science Alert.

The researchers analyzed data from satellite radar which scanned the earth’s surface in the Tehran region, and assess the degree of subsidence from 2003 to 2017. The researchers used the method of sensing using the interferometric synthetic aperture radar (InSAR), which can detect even a slight deformation of the soil.

Geologists have identified several parcels that fall at a speed of 25 inches per year (Western part of the Tehran plain), approximately five centimeters per year (near international airport), and 22 cm per year (South-Eastern part of Tehran). This subsidence caused by regional lowering of groundwater levels due to intensive pumping. So, in 2013, for the extraction of fresh water used 32 thousand wells (in 1968 there were less than four thousand). From 1984 to 2011, the average groundwater level dropped by about 12 meters.

According to scientists, the subsidence leads to cracks in soil and walls, damage of buildings and changes of the earth’s surface. Seal rocks may be irreversible, but proper water management can help to avoid catastrophic consequences.

If this is not done, the town’s infrastructure may be severely disrupted, especially in densely populated areas of the city or the airport.