STOCKHOLM, 10 Dec — RIA Novosti, Lyudmila Bozhko. The total share of sales of arms produced ten Russian companies belonging to the top 100 in the world, made in 2017 9.5 per cent, this makes Russia the second largest arms manufacturer in 2017, announced Monday by the Stockholm international Institute for peace studies (SIPRI). 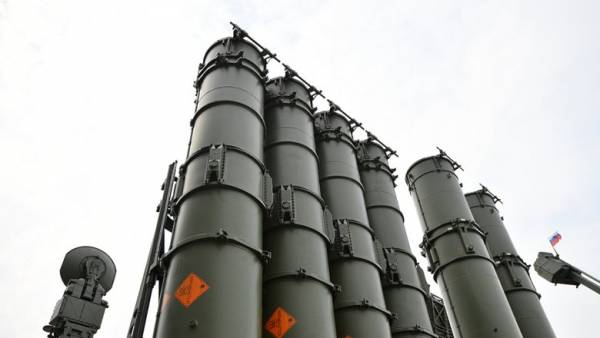 “Since 2011, Russian companies have significantly increased the sales of their arms”, — quotes the words of his SIPRI senior researcher Simon Wezeman.

The wezeman explained that this growth is part of the program of modernization of weapons in the Russian Federation. It added that total sales of Russian weapons to ten companies included in the top 100 according SIPRI release, has grown over the 2017 8.5%.

The second place in global sales since 2002 has held the UK, move to published on Monday the rating to third place with a share of 9%. Dominant in this field the first year is USA, their share in sales accounted for 57%.

Unusual presents for the 2017 rating was that for the first time in the top ten largest producers of weapons included Russian “Almaz-Antey” for the production of air and missile defense.

According to SIPRI, increased to varying degrees, the sale of their weapons during the past period, nine of the ten Russian companies included in the ranking, three corporations have made it more than 15%. As examples named United engine Corporation (25% growth and 40-th place in the ranking SIPRI), “high-Precision complexes” (22% and 34-e a place) and “Tactical missile armament” (19% growth and 23 th place in the rating). Corporation “Uralvagonzavod” became the only Russian company that reported decline in their sales. The company occupies in the ranking of SIPRI 66th place out of 100.