The airline “Iraero” refuses to take the Russians from-for debts of the tour operator. In tourism the actions of the carrier called illegal. The company that sold the vouchers are unavailable. Tourist visa expire, they face fines. 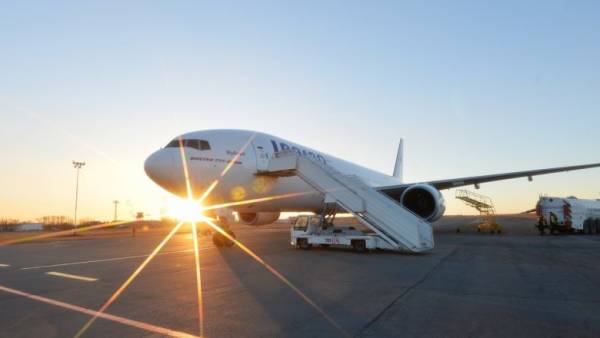 About 1.5 thousand Russian tourists from Friday evening can’t fly away from the Chinese island of Hainan because of the problems of the tour operator “Pearl river”. In social networks people complain that the carrier, the airline “Iraero”, refuses to return them to Russia, citing debts of the tour operator.

While all are placed in hotels, their appeal to the Russian Consulate in Hainan forwards in the tourism and holidays of the relevant Russian authorities do not help the nation. The situation is complicated by the fact that the majority of tourists group visas. Even the one who gets the money for a return ticket, will not be able to leave the island alone.

In addition, tourists visas expire. The law threatens to delay the Russians big trouble, including fines.

Apparently, on Monday, the Federal air transport Agency, Federal tourism Agency and the transport Ministry will try to get “Iraero” to fulfill obligations to passengers, suggested the press Secretary of the Russian Union of travel industry Irina Tyurina:

The airline on Friday announced that due to the high debt accumulated by the tour operator “Pearl river”, they stop flights and no longer serve the passengers. Occurs immediately question: what is the backlog? Who forced the airline to accumulate this debt? Who forced unpaid flights to evacuate tourists to China? That is, to evacuate tourists, they have money, and to bring them back, they have no money.

In this situation, the airline is obliged to bring back all tourists whom she was taken. And I believe that the market regulator — the Federal air transport Agency, in conjunction with the Ministry of transport, tourism and so on will make airline travelers are all back.

There is still need to keep in mind that on Thursday the tour operator “Pearl river”, announced the appearance of the investor is a Chinese company that plans to invest in these programs of flights to Hainan, according to the “Pearl river”, 100 million dollars. And on Friday the airline announced that it will no longer serve tourists. That is, the airline apparently decided that once any money is somewhere there flashed, then you first we return all the debts, and then we’re going to serve your clients. It’s called blackmail. And since it’s the weekend, none of these tourists and not engaged, no Consulate, which sends to the Federal Agency for tourism, the airline that submits the reason in the “Turpomosch”.

“Turpomosch” will deal with the evacuation of tourists only in case if the tour operator has announced to stop activities.

A tour operator “Pearl river” does not declare to stop activities and generally does not communicate, did not return calls.

— About Russians who were going to fly to China with a “Pearl river”, bought a ticket and vouchers, they do that?