Doctors and teachers can prohibit to accept any gifts except flowers

MOSCOW, 10 Dec — RIA Novosti. Anti-corruption standards can extend to doctors, teachers and other employees of the organizations subordinated to state bodies of constituent entities and local authorities, such employees will operate a ban on receiving any gifts in addition to flowers and stationery products, said in an interview with RIA Novosti Director of the Department of civil service labor Dmitry Basak. 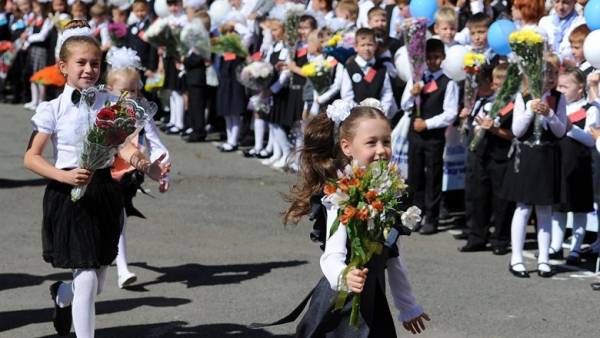 World day against corruption is celebrated on December 9 for Russia, this is doubly significant month — December 25 marks the 10 year anniversary of the law on combating corruption.

Who is affected by the initiative

Basak reported that in late November the government introduced a bill which would circulate anti-corruption standards on workers of a number of posts in the organizations subordinated to state bodies of constituent entities and local authorities. Now these standards are distributed only to Federal employees.

According to Banaka, this will include the institutions, enterprises, structures, which are financed from the budget. “For example, almost all institutions of health and education. Also provides for the dissemination of standards on organizations that are created and controlled by state corporations,” he explained.

As told Basak, all of the employees of these organizations are invited to extend the “ban on receipt of gifts in connection with official duties, including budgetary institutions — that is, it applies to doctors, teachers.”

These workers will impose the requirement to inform the employer about the conflict of interests and the facts of inducement to corruption.

Basak added that popular patients of the practice to thank the doctors brandy is questionable. “The Ministry of health of Russia has repeatedly warned that excessive consumption of alcohol is injurious to health. Therefore, to give the doctor a bottle of cognac in the whole, doubtful”, — he said.

Only the flowers and notebooks