MOSCOW, 8 Dec — RIA Novosti. American interplanetary probe InSight, which landed on Mars in late November, first recorded and sent to Earth recording wind noise on the red planet, this was reported on the NASA portal. 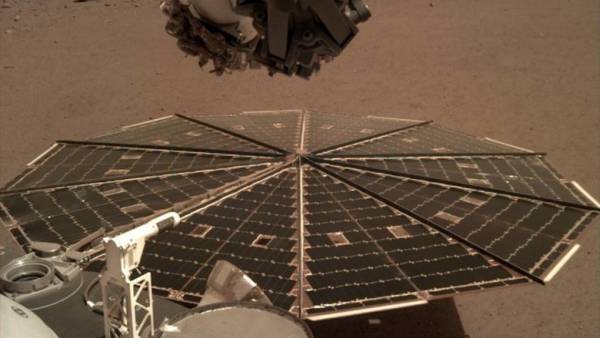 The first of December the sensors InSight recorded “low-frequency rumble caused by wind” that blew from the North-West to South-East at a speed of from five to seven meters per second.

According to the head of the scientific research program of Mars Bruce Banerdt, recording of this noise was “unplanned pleasure”.

One of the objectives of our mission the measurement of movement on Mars, and, of course, this includes movement caused by sound waves.Bruce Banerdt head of the research program of Mars exploration

The descent module of InSight, made a successful landing on the plain of Elysium near the equator of Mars on November 26, the Board will operate the seismograph and geophysical thermometer which will be installed in a five-meter hole to measure the temperature of the interior of Mars.